The dynamics of romantic love - what makes it work

The word "Limerence" is used to describe how we feel when we are 'madly in love'.

It is not unusual or abnormal. In fact, it is universal.

However it does have a surprising intensity which may cause our thoughts to be totally obsessed with the person who becomes the focus of all our thinking.

We are all attracted to other people, whether they be of the opposite sex or the same sex. Attraction is natural and important in forming friendships and relationships. The word "chemistry" is often used to describe that special attraction we feel for some people.

In fact, if we don't feel 'some chemistry' occurring between us, attraction can fade pretty quickly. But when attraction does occur, the chemistry in our bodies literally changes and we become 'switched on'.

Now some of us stayed so 'switched on' that we have no off button, and we become totally obsessed with the person who becomes the focus of our infatuation. We just can't get them out of our minds. All our thoughts are built around them and we develop an acute inner longing for them.

A woman described it this way:

Since that eyes locked moment two years ago - we've interacted and I tried hard to keep my feet on the ground. He has made comments and his actions suggested that the feelings were reciprocal (I know I didn't imagine this).

I actually wish he didn't - because then I could continue thinking that it was all only in my head.

A man described it this way:

"The feelings of longing became so intense, that I just thought about her all the time. These were not just ordinary thoughts, like thinking about my friends. These were "super-charged" thoughts, loaded with intense feelings which were so strong my whole body felt possessed. There was a sense of heart-ache as my body longed to satisfy the intensity of the love-feeling I was experiencing.
The obsessive thoughts were based on the heightened awareness I was experiencing throughout my body.It felt like my whole body was thinking about her. Not just my mind but every nerve cell in my body. I was totally saturated and overwhelmed by her. I lived in a state of total distraction from which there was no escape, except into her arms."

Obsessive thoughts usually occur when we think or feel something is unresolved. We may not even know this initially. Maybe we experienced a deep loss when we were a child, which no one recognised and we were left wounded and in pain, needing to be loved and healed. But it didn't happen.

Then someone appears in our life who connects to us and who awakens the wounded feelings which we long to be healed. The possibility of 'love' and attention become so strong that our wounded heart, whether from a recent or old wound, seeks the most powerful remedy known: love.

That special person becomes the one to do this for us and we start to build all our hopes and dreams around them. The need is relentless and our focus becomes obsessive.

You are not alone. This is a universal experience for thousands of people!

BUY THE BOOK: "Love and Limerence" 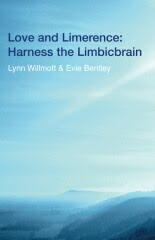 The Book is for you if

A. Any of these words strike a chord with you: Unrequited love, infatuation, lovesickness, love addiction inappropriate attachment, obsessive love, affection deficit disorder, faux love, in love with being in love, soul-mates.B. You know or think you are limerentC. You are interested in limerence or you know someone who may be limerentD:

You are a therapist or an academic